Topics for participation are:

Do not hesitate and feel free to contact us if you have work in the above or related topics, that you think we could find interesting.

In case you still do not know what BarCamp is..

BarCamp (often: unconference) is a gathering of users with public workshops and lectures, their content and progress are established by participants at the beginning of the meeting and are further developed during the gathering itself. BarCamp serves to share ideas, to discuss, for learning, for development and the product of this work can already partially be seen at the end of the event, by demonstrating concrete results (e.g. joint workshop program).

BarCamp (oft uncoference) is gathering of users with public workshops and lectures, their content and progress were developed by participants at the beginning of the meeting and are developed at futher progress. BarCamp used to share ideas, to discuss, for learning and develop and the product of that work can already be seen in part at the end of the event with demonstrating concrete results (eg joint workshop program).

BarCamp name is an allusion to a series of events organized by Tim O’Reily, who called FooCamp. Selected individuals (friends of O’Reilly) would meet for mutal exchange of experience, and would stay and spend the night (camping). Participants in FooCamp could only come at the invitation of the O’Reilly’s. At BarCamp is coming without an invitation, and everyone can participate.

The first BarCamp was held in Palo Alto (CA) of 19-21. August 2005 in the premises of the company Socialtex and was organized in less then a week, from concept to the event. On it was attended by about 200 people. After that’s BarCamp are organized over 350 cities around the world, North America, South America, Africa, Europe, the Middle East, Australia and Asia.

To mark the first anniversary of BarCamp, a BarCampEarth held simultaneosly at several locations in the world from 25-27. August 2006. Marking the second anniversary, BarCampBlock was held in Palo Alto at the original location within a radius of more than three blocks of 18-19. August 2007, and it was attended by over 800 people.

LUGoNS first BarCamp will be held on Saturday o1. December in Novi Sad at Aurora hotel starting from 12.00 last until about 20.00 hours. The sole aim of this first meeting is to awaken a sleeping community and return to the dynamics of events in Novi Sad. All communities in the region are more than welcome. We hope that we will be in large numbers.

On this occasion, once more, we invite you to magnify our set with your presence, so we can socialize, share knowledge, make new friends and expand ours horizons.

Currently logged-themes are:
– Tecniques of attack on web services
– Develop and test (gerrit and jenkins)
– Orchestration server (puppet)
– Getting started with microcontrollers (Arduino)
– Retrocomputing
–
– BalCCon, LUGoNS, Hackerspace
– TOOLX – GNU/Linux
– Workshop: Learn to crimp (the crimpting process by which the end of the line or network cable installed special connectors).
–

Do not hesitate and feel free to contact us if you have the desire and the need to actively participate in BarCamp-in, and to annouce your topic. All you have to do is send an email to office@lugons.org 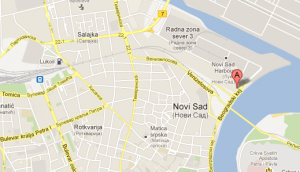 15th September is the world known day as Free Software Day. It is celebrated around the world in many different ways. This year LUGoNS, our biggest and oldest community of Linux users, will celebrate this day with all of You interested in Free software and willing to find out more and learn about Freedom and Free software at Miletićev square in Novi Sad. We’ll be dressed out in our well known LUGoNS shirts.

In more than 10 years we have patiently and persistently shared our knowledge and experience about Free software, giving our help to everybody willing to learn and progress in domain of Free software. Today, those are our successful colleagues in IT domain and proud users of Free software.

To us, Free software is well known term. Many of you did not hear or did not hear enough about it. Free software, defined by Free Software foundation, is software which can be used, copied, changed, redistributed without any restrictions. Completely free!

You don’t think it is possible? Free software is FREEDOM to run, copy, distribute, study, change and improve software. There is large number of communities and individuals which constantly work on it, study and puts theirs improvements in and than give it back to all users to share and use. LUGoNS is one of such communities, taught to share and during that process to build good peer relationships as well as friendships. First of all we are educational institution and than a group of happy people in mood for party 🙂

If you have any doubts please visit https://lugons.org or https://events.lugons.org or if you are courage enough visit IRC server on irc.freenode.net, room #lugons and feel free to tell us all you think about.

We are happy to share time with You and wish to all of us happy Freedom Day!

On Friday 6th June 2012. LUGoNS board meeting was held. The main reason was evaluation of previous work on the BalCCon project.

We are very pleased how the project develops. Once again we discussed important issues and only thing left to do is to hand over the project to financial organizations for review.

There is no need to say that party after meeting was awesome:)

On Wednesday 23rd May 2012 representatives of the LUGoNS were held presentation of Balkan Computer Congress – BalCCon at the DORS/CLUC conference in Zagreb, Croatia. They presented ideas, goals and plan for further actions about BalCCon. 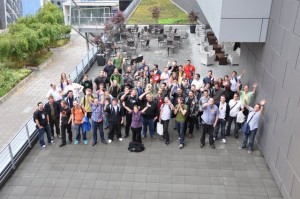 Extremely good response assured us that BalCCon should be happen, and that we are on the right way. We have meet many members of the HR communities, first of all, our friendly community the HULK.

We have arranged gatherings where we will talk about all other actions with all interests.

The first international presentation BalCCon projects was held at the Easterhegg 2012 congress in Basel, Switzerland. milobit and zxy were the speakers for lighting talk which lasted 10 minutes. Spoken language: German.

During the presentation few points were taken:

On Friday 23rd March was held an informal gathering of all interested in BalCCon project was held. It was opportunity to meet members of many Serbian GNU/Linux communities, and to exchange information about events and news.

On this meeting we have successfully defined our further steps and a plan of actions.

Official BalCCon website will be available soon. There will be the registration form where all interested in taking a part will be able to participate and to contribute with their skills and abilities.

Official BalCCon Blog is a place where you can  find all information about BalCCon Congress preparations and promotion.

We have developed a detailed plan for better promotion of BalCCon Congress.

Follow us, and you`ll be informed about all news and actions. If you have any suggestions, ideas or critic please feel free to contact us, any feedback is appreciated.